I had to take my son to the hospital this morning for a procedure. I was feeling dazed from the lack of sleep and worry brought on by the election. People were walking furtively through the parking lot, as if we didn’t know who to trust anymore. We passed a doctor of Indian descent and I thought, are they OK on the checklist in the new world order?

We approached the desk and the older gentleman smiled kindly and said, “Good morning.” I felt relieved. Ahh, life goes on, we can still be civil to each other. He was wearing the most kick-ass red velvet paisley-print smoking jacket I’d seen in – probably forever – so I commented on it. He said, “This is for the big red ONE!”

Oh God, here it comes, I thought. My first gloater. When I get stressed I feel it in my neck, and my whole spine was starting to bend into a fetal position from the pressure of this comment and how to respond. But then I thought, no. If you did this, I want to know. I want you to reveal yourself to me so I know who I’m dealing with. From now on, I need to know who I have to watch out for in order to protect myself and my children.

Hiding in the hospital room while my son had his appointment was soothing. It was dark and quiet and life was moving forward – the women taking care of him were efficient and all business. They were extra kind to a boy who had to get stuck with an IV and his chilly mother who received a warm blanket while she waited. Can I just stay hidden here for a few more days? I read a book I’d brought and the words were unexpectedly soothing. 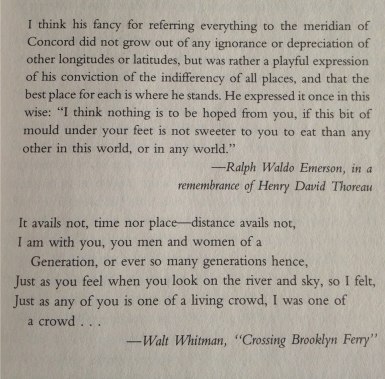 Do we get to keep our books in the new world order?

After the appointment was over the tech told my son he’d done such a great job and gave him a coupon for a snack at the cafeteria. I thanked her again for her kindness, which was so sorely needed. We encountered more subdued people milling about in the cafe – not sure what to say to each other, sometimes briefly smiling but mostly just keeping to ourselves. There were several people with brown skin and a woman in a wheelchair. “New world order” appeared in my mind again.

When we got home CBS was broadcasting Hillary’s speech to her supporters. I opened the page to watch and this greeted me: 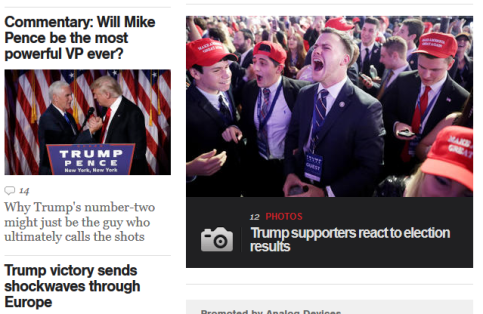 Why are these frat boys so happy? (Oh yeah. That.)

So yeah. I’m allowed to be mad. And don’t tell me I’m calling him names (the first defense of the bully who can dish it out but can’t take it). I’m simply stating facts. 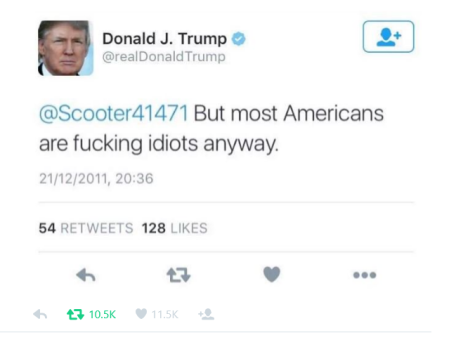 Don’t tell me to move on. I’m gonna be angry about this for a long time.

Don’t tell me you’re disenfranchised to account for your hatred.

Don’t call me elitist to excuse your racism.

Don’t tell me I don’t understand your plight. As a child care provider I literally worked harder than most people I knew for 13 years and still made less than minimum wage. I’m still paying off my first Master’s while finishing my second, which will entitle me to a job that pays as much per year as he pays for one of his golden toilets, and my own kids are off to college in three years. So don’t tell me I don’t get it.

This anger and hatred has been boiling just below the surface since mere days after Obama was elected. It’s like watching the face of the guy who knows he’s not supposed to say it because it’s not accepted anymore but holding his tongue is just killing him. You can see him literally chewing his words, trying to behave because he has to, but you both know damn well what’s on his mind. And that’s all been unleashed. Just when we were making a little progress we’ve been smacked down. You got it white guys – you got your 1950s country back. You can have your wife safely ensconced at home in your straight white neighborhood while you hoist a few whiskeys at lunch, grab your secretary’s pussy, and stop by the mistresses’ before you hop on the train for home. You can pillage, plunder, and take what’s yours without consequence because you are the only person who matters now.

So don’t tell me to be respectful, to just be quiet and take it (Ann Richards is rolling in her grave). I won’t shut up. I’m going to be as mad as I want to be for as long as I need to be. And when I’m done with that, then maybe I’ll get over it, but probably not. And then I’ll keep fighting.

1 thought on “Well so much for that whole freedom and democracy thing, it was fun while it lasted”