We got a good 15″ of snow the other day and it was my first real snow day off in years. I got a new camera for my birthday (can’t figure out the settings AT ALL – it’s really a mess) but I took it out anyway. Here are some shots from our many hours of playing in the snow.

Here’s the giant snow pile that gets built in the empty parking lot near our house. 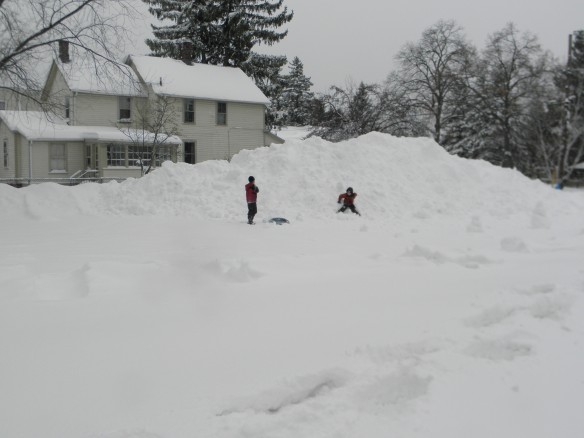 It's higher than the porch roof!

Our neighbors came out to play. Two girls, same ages as my boys. It’s very serendipitous. They’ve all become great pals this year and we have at least one friend whose house they can walk to. Here they all attack the mountain (when they weren’t attacking me – good grief, the younger one plays a mean game of King of the Mountain).

Contemplating their next move

Younger Son enjoys the fort we built. At least, before The Man who owns the parking lot told us to cut it out in case someone gets buried and he’s liable. And Younger Neighbor sweetly turned to me and said, “What does liable mean?” 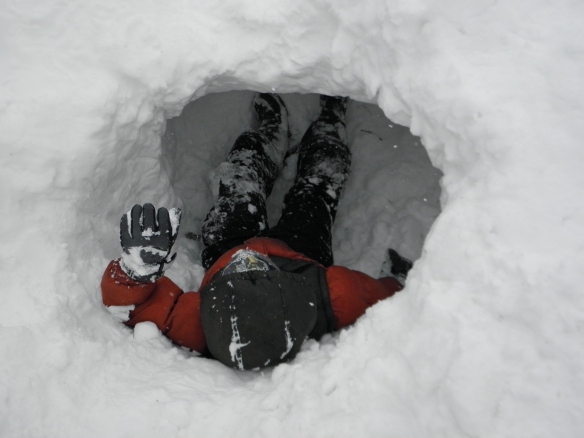 Younger in the snow fort

Here, our Younger Neighbor patiently waits her turn in the Fort of Impending Doom. Don’t worry, we filled it in, but with the help of another neighbor-friend we dug a hole in the top of the pile with a smaller tunnel leading out of it. We figured if that collapsed, you’d just be cold and wet instead of crushed. Boy, this post is taking on a dark tone I wasn’t aiming for when I began. Really! It was FUN playing in the snow!

Waiting for a turn

And just a parting shot, my favorite of the day. Brothers together on a snow day. *Sigh.* THIS is why I decided to close the day care on school snow days. So I will never miss this moment again.

Giving each other a hand